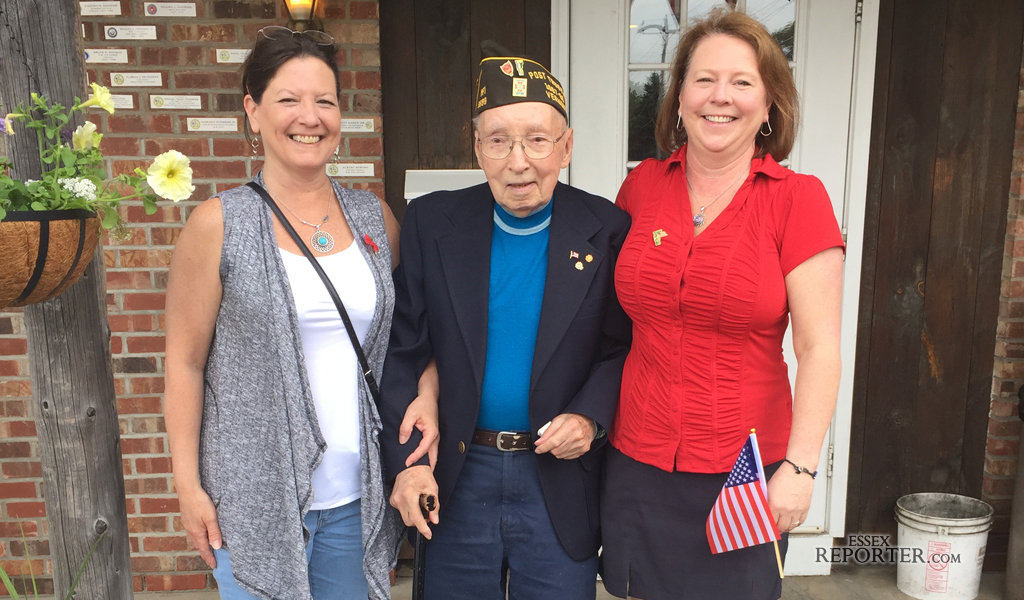 The Essex Jct. home of the man believed to be the oldest living World War II veteran in Vermont is expected to get a facelift this weekend from members of the Veterans of Foreign Wars Post 6689.

The local VFW Post on Pearl Street plans to paint and fix the Maple St. home of 103-year-old Harold Bergeron, according to club member Everett Burns.

Club members plan to make the repairs and add the fresh coat of paint at no cost to Bergeron, Burns explained.

"We are providing all the labor for the project and food for volunteers. Materials have been graciously donated by another organization,” he said.

Burns said non-Post members are welcome to join in. The primary painting day is planned for Saturday, and the hope is for good weather, he said. Some members may do some scraping and preparation work on Friday.

Saturday would have marked the 105th birthday for Bergeron’s wife, who died last year. They were married for more than 70 years.

The painting job comes on the heels of Post 6689 and its work with the Essex Memorial Day Weekend festivities, which includes one of the largest parades in Vermont and a large chicken barbecue at the VFW. Thousands line the 1.5-mile parade route along village streets to watch marching bands, the military, floats and other units. The parade comes out the backside of the Champlain Valley Fairgrounds, along both Vermont 2A and Vermont 15 ending at the main entrance to the fairgrounds.

"The list of services and benefits provided by our Post is enormous given the numbers and the age of our members,” Burns said in an email. He said a majority of the members are middle-aged to seniors.

The Essex Post is always seeking new members, Burns said. VFW members must be honorably discharged from the U.S. armed forces and have served in a foreign land. Auxiliary members can include spouses, children and grandchildren, Buns said.

He said the VFW’s primary purpose is to assist veterans and their families during difficult times. It covers hospital visits, rides to appointments and access to medical equipment, including wheelchairs and adaptive equipment to help veterans be safe in their homes after an injury or sickness.

During the Christmas season, the Post donated a significant number of toys for children of veterans through the Vermont National Guard. The Post provides meals for other special holidays, such as an Irish dinner on St. Patrick’s Day and bi-weekly dinners during the winter months to allow veterans to eat out at a reasonable price.

All events are supported by member volunteers prep, cook, serve and clean up. Meal events are open to the general public.